5 things a Christian needs to know when living with anxiety disorders : Part 2 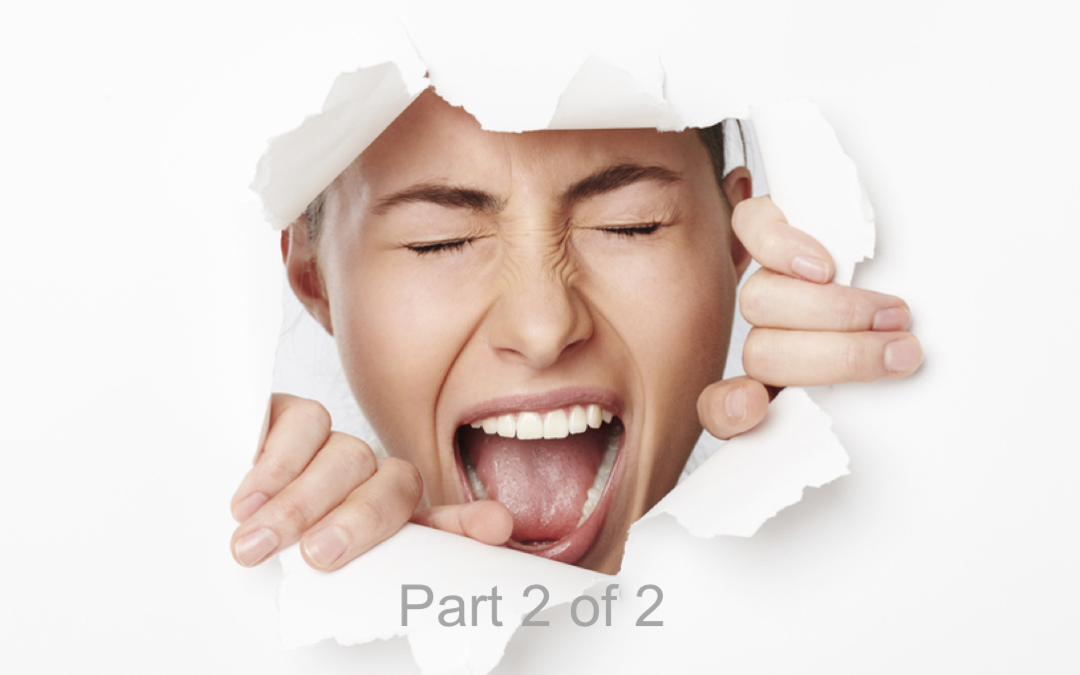 In Part 1 we explored:

In Part 2 we will explore:

Living with an anxiety disorder can distort your thinking. Sometimes you might feel like you are the only one living with the beast inside you but the truth is you are NOT alone.

WHEN YOU STAND IN A ROOM OF 100 PEOPLE , THERE COULD BE UP TO 13 OTHERS who would have experienced some form of anxiety disorder in the last 12 months.

Someone in that room could be in the same boat as you in that very moment.

You just don’t know who they are because like you they don’t wear a sign on their head that says “ANXIETY” …. Just know you are not the odd one out.

From experience the intensity of the anxiety may vary over time but it is unlikely to resolve if you don’t seek help.

What are anxiety disorders ?

Simply put, it is a group of mental disorders where a person feels anxiety , that is feeling fear in the absence of real and obvious danger (PDM Task Force, 2006).

Anxiety is birthed out of fear but the fear has become out of control. The nature of fear is meant to alert us of danger and the fear is meant to subside when the danger is over. It should function like a fire alarm in the presence of fire.

God has given us fear to keep us alive. It warns us of danger so we can either fight , flee and freeze.

But in the case of anxiety disorders for various reasons the fire alarm is going off when there is no apparent danger.

Something has gone wrong in that process.

Anxiety can present in many different ways.

For example, a person might be fearful of germs therefore washes his hands obsessively as may be in the case of someone suffering from obsessive compulsive disorder. But the obsession to clean your hands in order to relieve the fear of germs actually produces more anxiety and becomes the fuel for the anxiety. This experience becomes a vicious self perpetuating cycle.

Another example is someone experiencing panic attacks because he fears he is going to lose his mind when obviously it is not going to happen.

Amongst Christians I have had clients who battled with the persistent fear of losing their salvation and compulsively act out behaviours to insure they regain or keep their salvation.

What are the symptoms of anxiety disorders ?

Again, before you go ticking off the boxes to see if you are suffering from an anxiety disorder it is probably best if you go and see your doctor or look up a counsellor to do a screening test.

It is only here to help you identify some symptoms that you might experience:

Anxiety disorders can have a single origin or can be due to different factors coming together:

Whatever the triggers may be there is profound detrimental changes in someone’s neural pathways (in your brain) that affect how they regulate fear in their brains (Siegel, 2012).

If you question how can someone not be able to regulate their own fear. Think of this. Think if you have never been taught to speak , your brain will not develop the necessary neural pathways that allows you to think, recall, and produce sounds for words in order for you to speak.

Our ability to regulate fear and emotions is learnt from our caregivers from the moment we are born.

When we speak about “regulating emotions” think of it this way. Think of it as “calming” yourself down both consciously and unconsciously. We learn to calm down , or turn down the previously discussed fire alarm both on a conscious level and automatically. This dialing down is usually learnt from our experiences with our caregivers in many ways.

Our caregivers teach us how to regulate by physically holding us affectionately ,

speaking to us in a calm and authoritative voice , remaining calm themselves in the face of danger, seeing and identifying our distress and helping us identify our emotions by saying something like “I know you are scared, you are going to be ok”. There are many different behaviours that our caregivers model for us but those are just as few. All these experiences in our childhood add up and form a scaffold or programme in our brains to follow in order to regulate our own emotions.

But when there are mishaps in our experiences in our caregivers (as discussed earlier), we don’t learn to dial down or regulate our emotions. The unabated emotions, in this case fear may predispose us to developing anxiety disorder.

Whatever the cause may be, anxiety disorder can be extremely frightening. You feel like your fear and other emotions can overwhelm you like a tidal wave.

But this does not have to be the case forever…. You can seek help.

Things we can do for ourselves :